E.W. Kenyon whose full name was Essek William Kenyon (1867-1948) was considered one of the all-time greatest of God's teachers of the 19th and 20th century. E.W. Kenyon did more to teach and spread the truth of Christ's finished work on Calvary than perhaps any other ministry in the 20th century. Although E.W. Kenyon spent many years as an evangelist, and then a pastor, he was known as the teacher of teachers. Over the air on his radio broadcasts, E.W. Kenyon was known as "the faith builder." Every preacher and teacher has his mentors. For E.W. Kenyon, these were the leading evangelical preachers of his day: D.L. Moody, the American evangelist; Dr. A.J. Gordon, under whose ministry he rededicated his life to God; Dr. A.T. Pierson, one of the strongest voices for evangelism and an associate of D.L. Moody; and others of Moody's "warriors" such as R.A. Torrey, S.D. Gordon, A.B. Simpson, G. Campbell Morgan, Andrew Murry, F.B. Meyer. 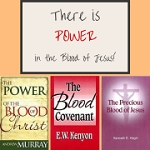