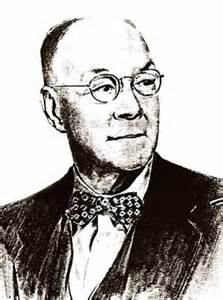 The Authority of the Intercessor

Posted by John A. MacMillan on 2/26/2016 to Prayer
So unreasonable to the natural mind seems the proposition of Jehovah to His people (Isa. 45: 11) that they should “command” Him concerning the work of His hands, that various alternative readings of the passage have been made with the intent of toning down the apparent extravagance of the divine offer. Men are slow to believe that the Almighty really means exactly what He says.
Read More
(0) Comments 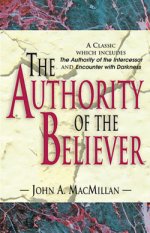 The Authority of the Believer’s Countenance

Posted by John A. MacMillan on 2/21/2016 to Authority of the Believer
In the varied presentations of divine grace and human experience which are set forth in the Book of Psalms, two aspects embrace all others. The first is the Messianic, where the psalmist, frequently in his own person, reveals the sufferings and the glory of the incarnate Son of God, whom he recognizes, however, only as the coming King of Israel. The second is the individual aspect, in which the relationship of the believing soul to God is portrayed in numerous phases. So fully is the human heart unveiled that David, to whom most of the psalms have been ascribed, has been spoken of by one writer as “not one man, but all mankind’s epitome.”
Read More
(0) Comments

Posted by John A. MacMillan on 2/14/2016 to Authority of the Believer
The record of demon possession did not appear first in the Word of God; communications with the unseen world have characterized the religious beliefs and practices of all nations from the very earliest times. These beliefs are in accord as to the existence and the working of superhuman intelligences in the midst of mankind. There has been at all times, and still is, much superstition mingled with human beliefs. But clearer light is steadily growing, and it is becoming possible to discern between the various forms of demon working that are seen among us, and to quietly and sanely dispossess the spirits which enter into the bodies of men and women, and to comfort the minds and allay the fears of those whose condition is less serious.
Read More
(0) Comments

A Prayer for Humility

A Prayer for Humility

I will here give you an infallible touch-stone, that will try all to the truth. It is this: retire from the world and all conversation, only for one month; neither write, nor read, nor debate anything with yourself, stop all the former workings of your heart and mind: and, with all the strength of your heart, stand all this month, as continually as you can, in the following form of prayer to God.

The Nature of Faith

Posted by Finis Dake on 1/15/2016 to Finis Dake
Faith is a union of assurance and conviction; the counting or reckoning a thing done as though it were already done. Faith does not have to see before it believes.
Read More
(0) Comments

Posted by R.A. Torrey on 1/1/2016 to Prayer
One of the most significant verses in the Bible on prayer is 1 John 3:22. John says, "And whatsoever we ask, we receive of Him, because we keep His commandments, and do those things that are pleasing in His sight.
Read More
(0) Comments

Posted by Admin. on 11/13/2013 to
A.B. Simpson, founder of The Christian and Missionary Alliance was born December 15, 1843 in Bayview, Prince Edward Island, Canada. At an early age he felt the call of God on his life to preach and later experienced a dramatic conversion to faith in Jesus Christ. After discovering a line in Walter Marshall’s Gospel Mystery of Salvation, “The first good work you will ever perform is to believe in the Lord Jesus Christ,”
Read More
(0) Comments

Angels to Help You by Lester Sumrall Chapter 1 Excerpt

Posted by Admin. on 11/13/2013 to
Angels to Help You by Lester Sumrall Chapter 1 Excerpt.
"He shall give his angels charge over thee, to keep thee, in all thy ways." Psalms 91:11 Angels not only played an important role in biblical history, but they continue to intervene in people's lives today. Lester Sumrall offers scriptural answers to many often-asked questions about angels, such as:
Your life is strongly influenced by angels. In this helpful, easy-to-read guide, Lester Sumrall shares the truth about angels.
Read More
(0) Comments

The Scripture Cannot Be Broken Part 1

Posted by Administrator AJ on 7/22/2013 to The Word of God
Understanding the Authority of the Word of God is an essential key to the Believer's arsenal of faith
Read More
(0) Comments
More results: 1 2 Next Page